Matthew Day Jackson was invited to Sarvisalo to produce his first permanent outdoor commission. His response, Hauta, 2012, is an underground concrete chamber entered through a cast bronze door with a two-way mirrored glass column containing a bronze skeletal sculpture cast from branches and antlers found in Sarvisalo and lit solely by an architectural skylight. Enclosed in the chamber with the sculpture, the space around you appears to recede as the figure is reflected infinitely in the mirrored glass, an initial claustrophobia giving way to calm.

Jackson was inspired to create Hauta, meaning tomb in Finnish, from his observation of the proliferation of winter root stores on the island as well as the existence of communal bunkers in public and residential buildings throughout Finland. The latter are a direct consequence of the threat of both the Cold War and invasion from neighbouring countries. The themes of nuclear and post-Second World War technologies and strategies are evident in much of Jackson’s work and his ambitious sculptures and paintings explore the impact of the direct lived experience and knowledge of recent historical and political actions on the construction of an individual’s body and psyche.

The fragile skeletal figure within Hauta is a unique bronze, cast from a sculpture created by the artist in natural wood and other materials he sourced from the island. Only the skull, modelled by hand in wax and pierced by a long straight stick that forms the figure’s neck, is not found.

Lifeline is a custom-made metal sign based on those that are found at locations which have a history of being used for suicide in the US. Jackson has altered the sign and put on it his own phone number, which if called has a message recorded by the artist and invited collaborators. 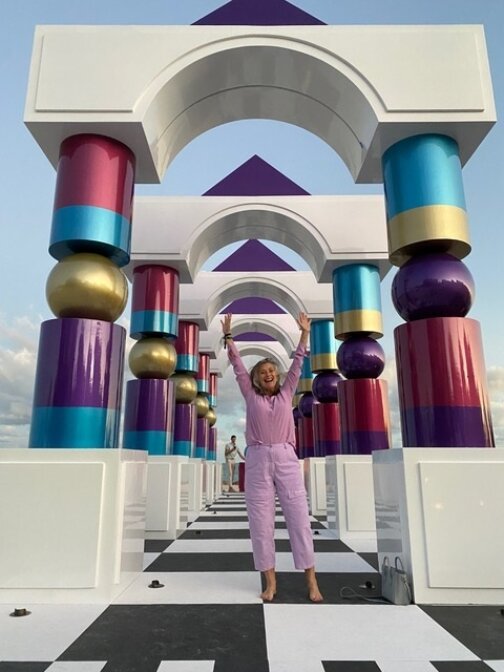