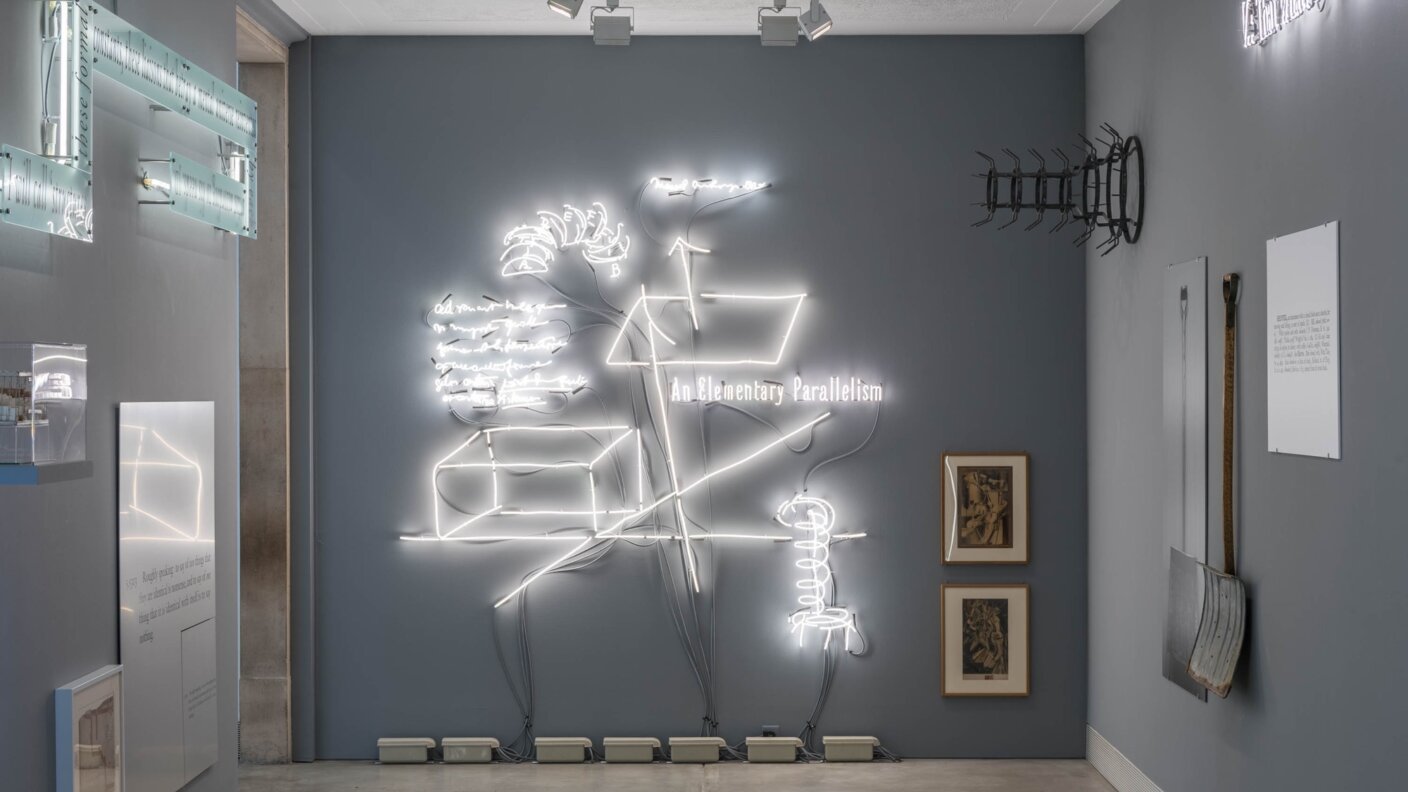 Joseph Kosuth (b. 1945, Toledo, Ohio) is one of the pioneers of conceptual art and installation art, initiating language based works and appropriation strategies in the 1960s. His work has been displayed across Europe, the Americas and Asia, including seven Documenta(s) and nine Venice Biennale(s), one of which was presented in the Hungarian Pavilion (1993). He has been the
recipient of numerous awards and honours, including the Laura Honoris Causa doctorate in Philosophy and Letters from the University of Bologna. His work ni apparence ni illusion, 2009, at the Musee du Louvre, Paris, became a permanent installation in 2014. Kosuth is currently working on a permanent work at the Taipei Main Station, as well as a new public commission at the Miami Beach Convention Centre and Kosuth`s first publicly funded commission for a landmarked civic building in the United States, on the facade of the Bill Graham Civic Auditorium in 2016. He has functioned as visiting professor and guest lecturer at various universities and institutions for nearly forty years, some of which include: Yale University, Cornell University, New York University, UCLA, Royal Academy, Ashmolean Museum, Oxford University, University of Rome, Berlin Kunstakademie, Royal College of Art, London, Glasgow School of Art. Presently he holds the endowed Millard Chair at Goldsmiths, Department of Fine Arts, and University of London. He lives and works in London and New York City.