Ed Atkins, Haroon Mirza, and James Richards have created a project for Times Square that responds to the history and the spectacle of the site.

A Performa Project, co-presented with the Zabludowicz Collection

Known for their technical experimentation with popular visual culture, sound, and sculpture, the artists will present a project for Times Square that responds to the history and the spectacle of the site: the ball drop on New Year's Eve; the sound generated by Max Neuhaus' 1977 sound installation Times Square; and the signs on corporate billboards. This site-specific work consists of projections on Toshiba Vision, the iconic large screens in Times Square, as well as a conceptual installation installed inside 1500 Broadway, functioning as an "echo chamber" for the projections in Times Square.

London and Sheffield-based Haroon Mirza (b. 1977, London, England) attempts to isolate the perceptual distinctions between noise, sound, and music and explores the possibility of the visual and acoustic as one singular aesthetic form. These ideas are examined through the production of assemblages and sculptural installations made from furniture, household electronics, found or constructed video footage and existing artworks combined to generate audio compositions. Major solo exhibitions include Camden Arts Centre, London (2011) and Spike Island, Bristol (2012). Major group exhibitions include The British Art Show 7 (2010) and The Sheffield Pavilion, 11th Istanbul Biennial (2009). Mirza is a recipient of the 2010 Northern Art Prize and the Silver Lion for Promising Young Artist at the 54th Venice Biennale (2011).

Tickets are free but advance booking is essential. 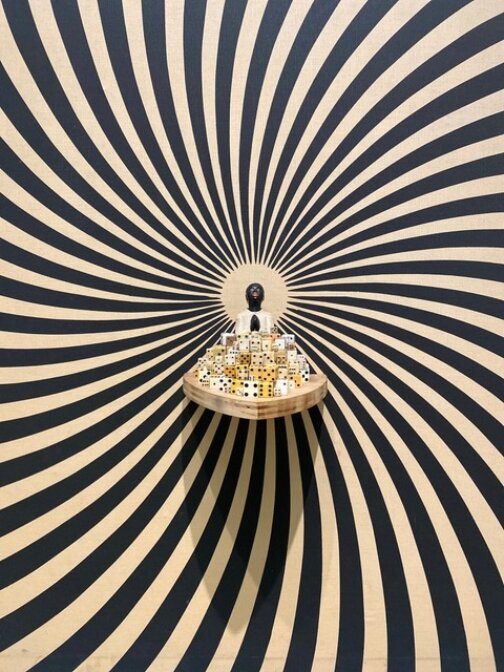