Blandy's work reveals a personal quest for truth and authentic experience via the cultures that have shaped him. The music and legends of blues, soul, funk and hip-hop, haunt and guide his endeavours. The two installations previously shown at Zabludowicz Collection mark a shift in his practice, documenting a rite of passage: the rupture of a boy becoming a man.

Fortress of Solitude (2007) is at once a library of Blandy's references and a playroom pastiche of a gallery education space or waiting room. The modern institutional feel is unmistakable. Blandy's Fortress of Solitude – like Jonathan Lethem's 2003 semi-autobiographical novel – takes its name from Superman's headquarters, the only place where the superhero can really be himself. In Lethem's novel, the fortress is Brooklyn's Dean Street, home to two teenagers, Dylan Ebdus and Mingus Rude, one white and one black, who inherit a ring that invests them with superpowers.

In Blandy's Fortress, colourful mass-produced furniture and neatly ordered shelves appear like a one-stop self-help shop; there is even a supportive invigilator to guide you through a Guitar Hero session or the selection of a cult novel, album, or CD to 'get in to'. The room also contains cut-outs and editions of all of Blandy's video works made between 2001 and 2007. Everything you need to unpack the various meanings of Blandy's work is offered to you to read, play, listen and experience.This seminal work was acquired by the Zabludowicz Collection in 2007 on the condition that the Collection be involved in Blandy's next project.

Crossroads (2009) is that work. In it, the White and Black Minstrel reappears, this time as an apparition on Blandy's mission through rural Mississippi – a quest for guitar skills to match those of legendary bluesman Robert Johnson. A cotton plantation worker who died aged 27, Johnson left behind 29 songs, three grave stones, two photographs and an engaging myth. While his biography is hazy and contested, his legacy as a major figure in the formation of delta blues music is indisputable. Blandy's installation features a revealing filmic portrait of the area, in which the landscape becomes a player in the search for the crossroads where Johnson exchanged his soul for a tuned guitar and an unmatched gift to play it. Taking in Johnson's three graves and many more crossroads, the work continues Blandy's exploration of race, culture and self. 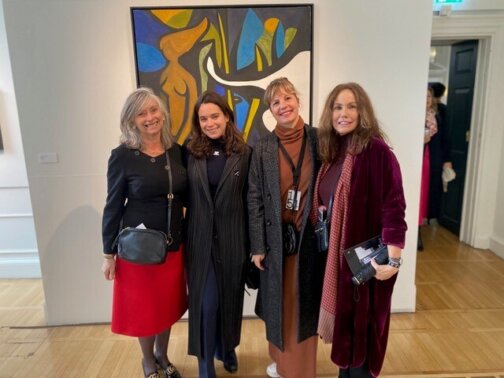