One & Other explores the duality that emerges from the daily performing of a persona other than ourselves. The show constitutes a spatial experiment in which the concept of the stage is used as a metaphor to investigate this duality. A parallel is drawn between the dynamic of an actor and their performed role onstage and our relationship to our projected personas on social media platforms. From this starting point the exhibition questions, through a range of contemporary artworks of different mediums, the permanence of our identity, what influences it, the multiple shapes it takes and our relationship towards the other self.

"Self-identity has been questioned and explored constantly throughout the history of culture; it has been a clear generative force for much of the creativity in the world. Self-portraiture used to be the way artists explored their own selves, but the world keeps changing. Technology evolves furiously, people’s desires transform constantly. In this context, our virtual presence in digital platforms forces our identity to divide itself into who we are in reality and who we perform to be." - the curatorial team

One & Other is curated by students of the MA Curating courses at Chelsea College of Art and Sir John Cass College of Art at London Metropolitan University. Produced collaboratively over a period of three months, the resulting exhibition has been selected from over 3000 Collection works and brings together some of the most significant artists in contemporary art, including Cécile B. Evans, recipient of the Push Your Art prize in 2013, and Isa Genzken, who just closed a solo show at the recently inaugurated Hauser Wirth & Schimmel in Los Angeles. This will also be the first time work by Turkish artist Ferhat Özgür has been shown from the collection.

Combining a cross section of curatorial perspectives from throughout Europe the participating curators are: Caterina Avataneo, Ryan Blakeley, Nadine Cordial Settele, Sofía Corrales Akerman, Gaia Giacomelli and Angela Pippo. The exhibition will be accompanied by a public programme of events, curator-led tours and family workshops.

Testing Ground for Art and Education is an annual season focused on opportunities for the creative and professional development of emerging artists and curators. A continuously evolving programme, Testing Ground collaborates with educational and artist-led organisations to develop experimental exhibitions and events that facilitate a consideration and testing-out of new ideas and modes of practice.

The 2017 exhibition will be curated by students of the MA/MFA Curating courses at Chelsea College of Art and Sir John Cass College of Art at London Metropolitan University. Produced collaboratively over a period of three months, the resulting exhibition will have been selected from over 3000 Collection works with the possibility of new commissions by artists proposed by the emerging curators.

The exhibition will be accompanied by a dynamic public programme of performances, curator-led tours and family workshops.

Master Class will run alongside the exhibition during the first in February as part of the Testing Ground season. Four leading international artists; Susan Hiller, Chantal Joffe, Heather Phillipson and Eve Sussman, will work intensively with 8 emerging artists throughout the week. Each will then hold an evening lecture on their practice. The lectures will be free of charge and open to the public. See Events for details on the lectures and to book.

One & Other and 'Post-Internet Art'

One & Other: 'We wanted to approach the topic from a very human angle'

Time Out recommends One & Other

One & Other: the Everyday Duality of the Self in Contemporary Culture 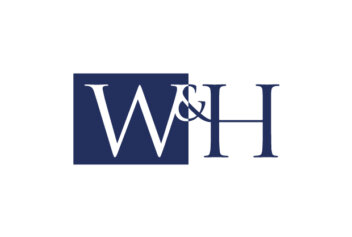