The Body in Space

FRIDAY 13–SUNDAY 15 JULY
THE SUMMER SESSIONS:
THE BODY IN SPACE
This session looks at how the body is produced by the space it moves through, and how it in turn produces that space. Four artists' work is grouped under this framework: Francis Alÿs evokes the memory of protest, demonstrating that the way bodies appear in public is as important as the fact that they gather. The subject of Trisha Baga's video work navigates an infinite digital landscape, manipulating both physical and social spaces as part of her sense-making journey. Miri Segal situates the viewer simultaneously in private and public space through a mirror-play, by superimposing the viewer's reflection on a woman enjoying herself and her lover. Haegue Yang constructs figures out of material culture's marginalia, endowing these quasi-bodies with the authority of the shaman-figure.

Andrew Merrifield will present a short paper on Henri Lefebvre's distinction between abstract space, a troublesome and deterministically economic space, and differentiated space, or the space the body takes up and lives in. Merrifield links this space with Deleuze and Guattari's notion of minor literature, which is a political and collective but remains, nevertheless, a space of negation.

Elizabeth Neilson will discuss the work of Haegue Yang and Francis Alÿs as well as other related works by artists from the Zabludowicz Collection.

For the reading group, a brief introduction to each of four texts circulated in advance by the curator will be followed by an open discussion about how (if) these relate to the body in space. The artists, the speakers, and the curator's own research proposed texts that link tenuously to the exhibition and the work in it, hopefully in way that is productive of debate.

We will read several excerpts from Henri Lefebvre's classic text, The Production of Space, especially sections that are geared towards an understanding of the body, time as lived experience, and the mirrored surface in space. We will also read Judith Butler's recent essay on the body in the space of protest, “Bodies in Alliance and the Politics of the Street." Debra Benita Shaw's text, “Monsters in the Metropolis", is a clear overview of the different spatial paradigms for understanding the urban space of resistance, which is included in the reading to give a broad and thorough survey in accessible language. Finally, Elizabeth Grosz's text “Bodies-Cities" maps out the relation between space of the city and that of the body.

Trisha Baga's work is concerned with scale, and things that disjoint our sense of scale: dark spaces, flashlights or light in general, zooming very close to things, objects, corners of spaces etc. For her presentation, Baga has collaborated with Cliff Borress [http://www.cliffordborress.com/] to create an audio exhibition tour, but one in which the exhibition is turned off and the audio guide is culled from different institutional spaces and other art shows. They will lead participants in following misplaced instructions and visual cues, exploring these other (phantom) exhibitions.

In Miri Segal's work, the video acts in the surrounding space to disrupt sensory suppositions about the relationship between the observer and observed, making the viewer attentive to his/her position as simultaneously participatory and voyeuristic. Segal interrogates various media in order to reproduce their inherent rhetoric and aesthetics as critical cultural realms. Her talk is entitled, “Physical Metaphors and Sensory Constrains."

Debra Benita Shaw will discuss mythologies of urban space and the way in which they construct metropolitan subjectivities. She will suggest that assumptions about what constitutes 'human nature' produce cartographies of inclusion and exclusion in which privileged bodies are able to 'escape' city space. Drawing on ideas from contemporary informational and biological sciences, she will ask whether we can employ the hesitations which these produce to re-conceive the relationship between bodies and cities. Her lecture is entitled, “Posturban Humanism."


The Sessions promote two levels of engagement: open events include artists' performances on Saturday afternoons and guest lectures or conversations between academics and artists on Sunday afternoon. For those who wish to engage more deeply, the general public is invited to RSVP to take part in a series of small discussions on Friday and Saturday evenings.
All events are FREE 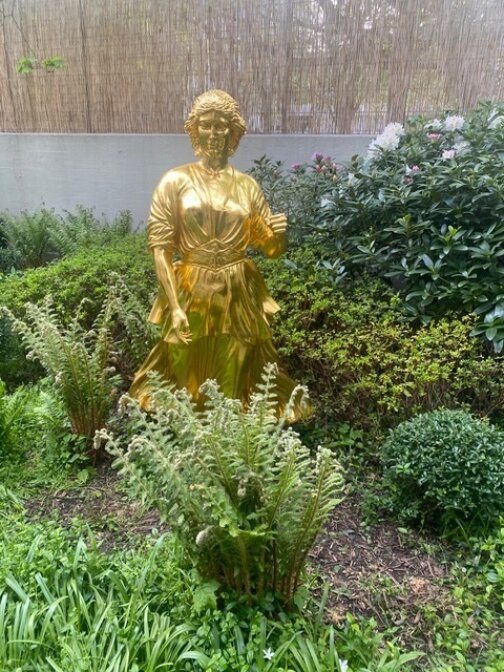