Tamu Nkiwane examines his surrounding environment and considers resonances from the past through gathering and reassembling particular materials and objects. A mode of autobiographical research underpins his projects, be that a focus on the detritus of urban streets of his home town of London or, more recently, the more unfamiliar surroundings of his extended family in Zimbabwe.

Titled Blue Plastic, Nkiwane’s exhibition emerges directly from his travels and research. In spring 2018 Nkiwane embarked on a four-month trip to Zimbabwe and South Africa, centred on his Grandfather’s 90th Birthday celebrations, whom he had never met in person before. His Grandfather was a prominent figure in the revolutionary struggle of the 1960s and 70s against minority white rule when the country was known as Rhodesia. Arriving in Zimbabwe only a few months after the resignation of President Robert Mugabe, Nkiwane found a complex situation where a new process of change was ostensibly taking place yet established political figures and structures persisted. With an economy out of cash and where daily commerce is conducted via digital currency on mobile accounts, Nkiwane was drawn to the objects and rituals of everyday trade, specifically places of exchange and techniques for displaying goods.

The exhibition features sculptures that reference temporary street market stalls, with precisely stacked pyramids of dried fruits, posters for evangelical pastors and rolled cardboard seating. Short video clips shot by Nkiwane during his time in Zimbabwe, including a visit to his cousin’s illegal back-yard gold mine, play silently on monitors as visual textures in the installation.

Visitors are also offered the chance to read poems and prose written by Nkiwane, printed as a booklet on newsprint, and to listen via headphones to improvised musical sketches he made both back home in London and on his travels. Although made welcome in Zimbabwe, the artist was also a newcomer into an unfamiliar political, social and domestic space. Nkiwane channels the emotions of feeling like an outsider to a context, one that he is deeply connected to, but can only be partially understood. 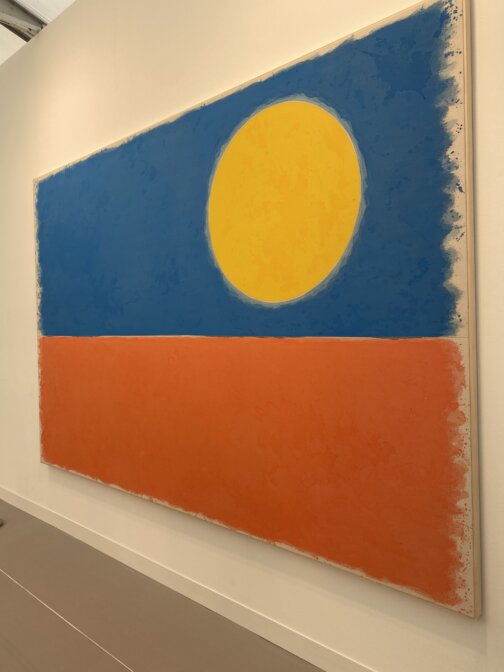